The Emerging Role of Medical Transcription in the Electronic Health Record 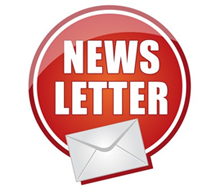 The Emerging Role of Medical Transcription in the Electronic Health Record

In response to ICD10/ICD10PCS – who wants it or doesn’t and why:

-Software companies want it (selling at a profit- already invested in development)
-Consultants are fairly neutral unless they are only consulting in ICD10 training/auditing (the rest are getting work either way – preparation or clean up after from data quality problems)
-Physicians don’t want it (will force more detailed documentation, possible more med necessity denials, hiring higher skilled coders)
-Coders – some would like-who have been trained, others resistant – tougher system esp w PCS and documentation is lacking (hello CDI)
-Hospitals are mixed: those who invested big want, those that haven’t prepared – dread it coming and don’t have resources in place to handle productivity changes
-Outsource companies (really want – huge labor shortage predicted- recruiters want too)
-Managers (frustrated and fearing, doubt of reality of change, retraining and productivity concerns)
-Educators want it (tired of limbo of teaching both)
-Professional Associations – depends on which side you are
-Politicians – continue to leverage as bargaining power or want it to just go away
-Other countries – can’t figure out why we would want to put in a 20+ year old data system when I11 is around the corner (yes you can move from I9 to I11 and the speed depends on who cooperates and how much $ is put behind it. If US started 3 years ago before first delay – we’d be caught up to rest of world.)